AMP for Email: real-life examples of how companies win with AMP

Check out real-life case studies of how companies win with AMP along with real stats. Without further ado, let's get started. 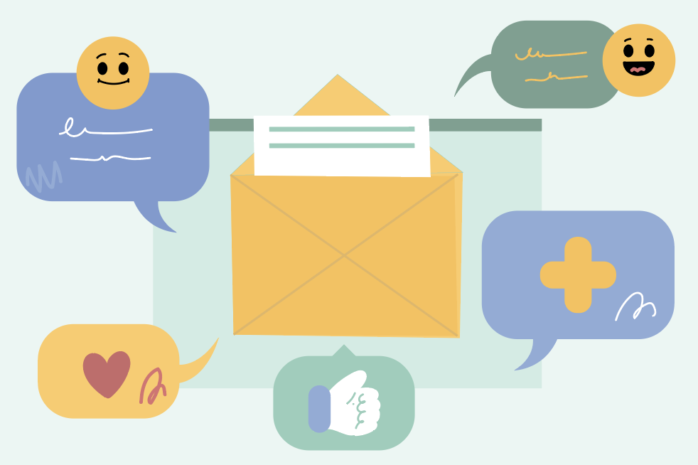 AMP for Email is an absolute must-have for businesses that base their growth and development on email marketing. AMP brings significant benefits.

In this article, we’ve put together successful cases of using various AMP elements in emails as well as statistics to show you the real power of AMP.

Interactive forms are a great way to get your audience’s opinion in order to stay on the same page with them. And by incorporating such an element into your emails, you can significantly increase your response rate.

Stripo, as promoters and staunch fans of the AMP for Email technology, conducted an experiment in order to find out the impact of interactive forms in emails.

Stripo ran a full email campaign where they asked their users about their experience with the email design platform.

In total, there were two versions of the email: one with an external form that required a transition to another page (the HTML version of an email) and the other one with an AMP form right within the email (the AMP HTML version).

12,000 people saw the HTML version, and 18 out of them shared their feedback, while 10,000 users received the AMP HTML version of the email, and 79 left a detailed answer to the question in the form.

In terms of numbers, the HTML form showed a conversion of 0.15%, while the AMP version reached a rate of 0.79%, more than five times higher.

With this email campaign, Stripo demonstrated the potential of AMP to increase conversions and that these elements should be implemented in emails by all businesses.

The Stripo email design platform provides extensive opportunities to work with AMP elements and create interactive emails with no coding skills, which opens up opportunities for all users to profit from the use of AMP elements in their campaigns.

In addition, Stripo actively educates the audience on AMP elements and the ways to create AMP emails using this email design platform.

Another important aspect of any email marketing campaign is user engagement. Businesses need to understand how recipients interact with emails and to what extent.

Interactive elements are a great tool for increasing user engagement.

Studies show that content with such elements, in most cases, has twice the engagement as content without any kind of interactivity.

AMP elements are at the forefront of email marketing interactivity, and their effect within the industry is just as positive, if not higher.

AWeber is a well-known and popular email marketing service provider that was among the first to implement support for AMP elements, which allowed users to try out the new technology in their email campaigns.

The most interesting thing is that the company itself actively uses AMP for its own purposes.

AWeber adopted AMP-powered polls and surveys, feedback forms, and an image carousel in the emails that they send to their users.

For example, AWeber’s advanced quizzes allow users to find out the results without leaving an email.

As soon as the recipient selects one or another answer, the AMP element automatically shows the number of subscribers who selected the same answer option.

In addition, the company has introduced interactive mood widgets into its emails, which, using a few emojis, allow you to find out the mood of the audience or the reaction to a particular innovation in the platform.

The image carousel, on the other hand, was purely for aesthetics, as it allowed more images and GIF animations to fit into the email without taking up precious email space or crowding out other design elements.

Even though the company didn’t measure the success of each specific interactive element or individual email campaign, they still saw concrete numbers of success.

They compared the performance of all their email marketing campaigns before and after implementing AMP. The comparison showed user engagement increased by 225%.

Creating impactful emails that encourage recipients to shop, subscribe and follow the company is what every business strives for.

The goal of most email marketing campaigns is to get the recipient to click on a specific button or complete a call to action.

AMP elements do a great job of increasing click rates for goals like these due to the high level of interactivity.

Mailmodo is a well-known platform in the email marketing industry that helps marketers create productive email campaigns and track their performance.

They conducted their performance case study while working with famous jewelry manufacturer BlueStone.

Due to a switch to a new email service provider, the company began to use interactive AMP elements in their emails, namely the NPS questionnaire within the email message.

These questionnaires required a minimum number of clicks to send responses, so recipients don’t get confused with many buttons.

As a result, the response rate of these BlueStone emails increased by 833%, which is a clear indication that AMP elements are making a positive difference in email performance and conversions.

It is important for businesses to understand how effective their email message is, how the email content and design perform, and whether the email itself evokes enough interest in the recipient to take a certain action.

The click-to-open rate is used to identify these metrics, and AMP also has a pretty positive impact on them.

Stripo, together with the tool Cally.ru, showed how an interactive element in an email can generate a 17%-CTOR.

The company conducted an experiment where it sent out an email to its audience with an invitation to demo. Designers implemented an option to make an appointment inside the email.

As a result, the click-to-open rate reached 17%, which is just awesome!

High conversion is what any business wants to see. The popular eCommerce platform Ecwid, which supports over 1 million different small businesses, has decided to specifically adopt AMP elements to help businesses entice customers who have abandoned their carts to complete their purchases.

In March 2019, Ecwid provided its clients with access to AMP emails.

Thanks to AMP, recipients can view product photos through an image carousel, see detailed descriptions in the accordion, and pick a number of products they can buy right in the abandoned cart email.

Such emails are fully customizable, allowing you to tweak them to meet your brand design and business service focus.

The platform analyzed about 171,000 emails sent between July and November 2019.

The goal was to find out if the AMP abandoned cart emails were effective.

The company was pleasantly surprised by the results: Users of the platform increased their abandoned cart conversions by 82%. However, this is only an average figure.

For example, Salon Xtensions managed to increase sales through abandoned cart emails by 300% over this period.

Check out more info from the AMP Conf ’19

As you can see, AMP in emails is a really great tool to improve the performance of your email campaigns. By creating interactive emails with dynamic content, it is quite easy to get increased conversions, clicks, and a pleasant user experience with your emails.

AMP is only at the beginning of its life, and not many email providers can support it yet. However, this does not mean that you should not use it today.

This means any business has the opportunity to experience and benefit from AMP in its email marketing. 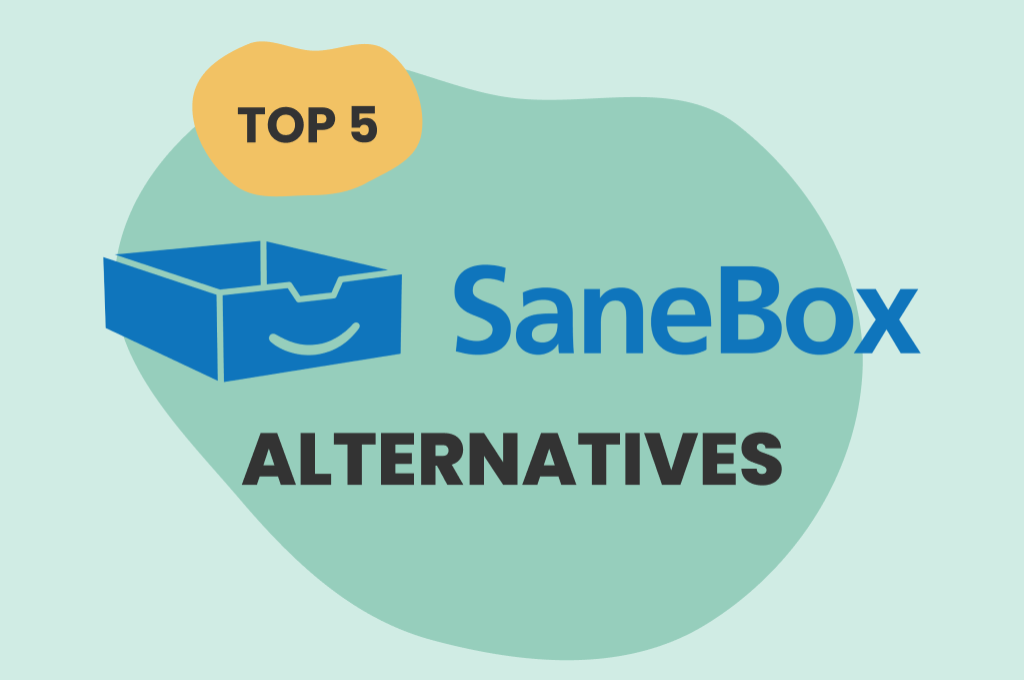 Check out our powerful and affordable alternatives to SaneBox that provide excellent customer service. Mailbutler is at the top of the list. 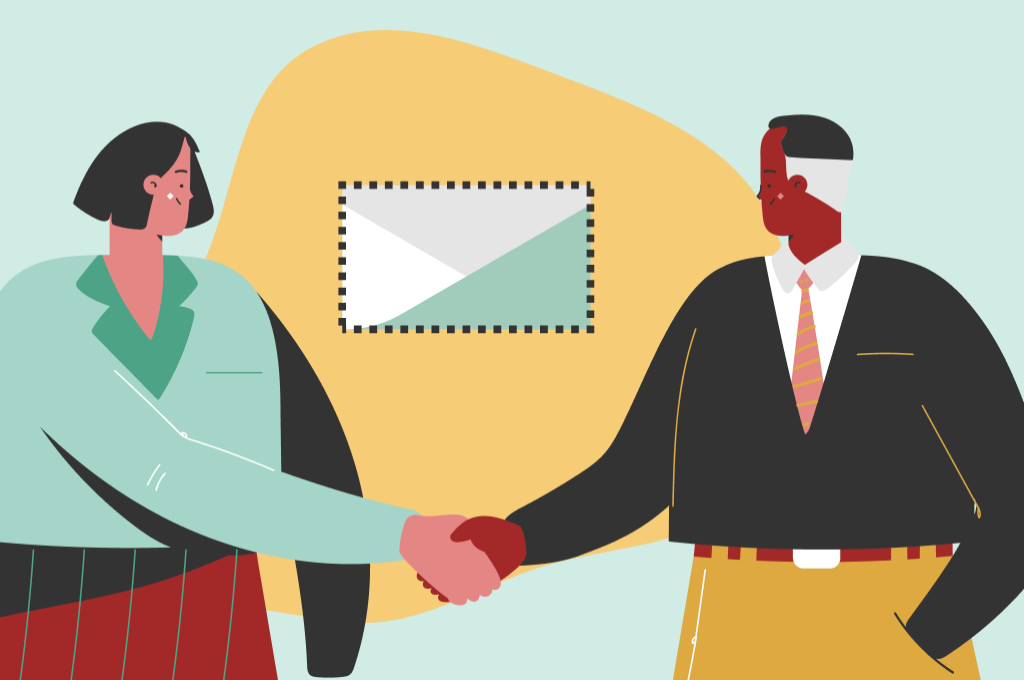 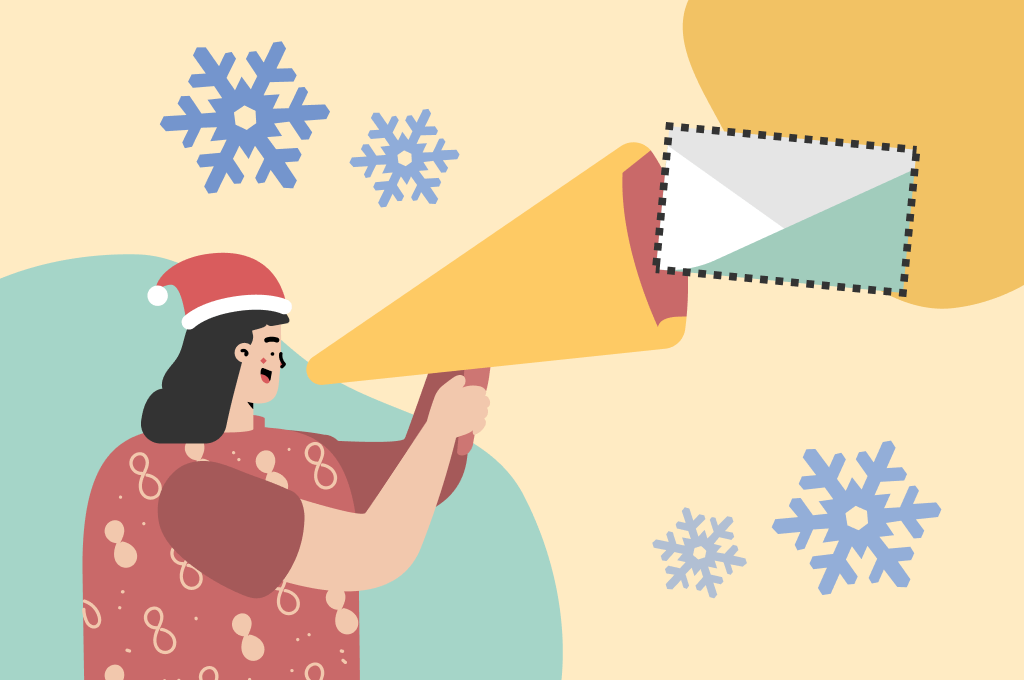 Read our easy but effective ways to bring Christmas cheer to your customers and tailor your email marketing campaigns to the holiday period. 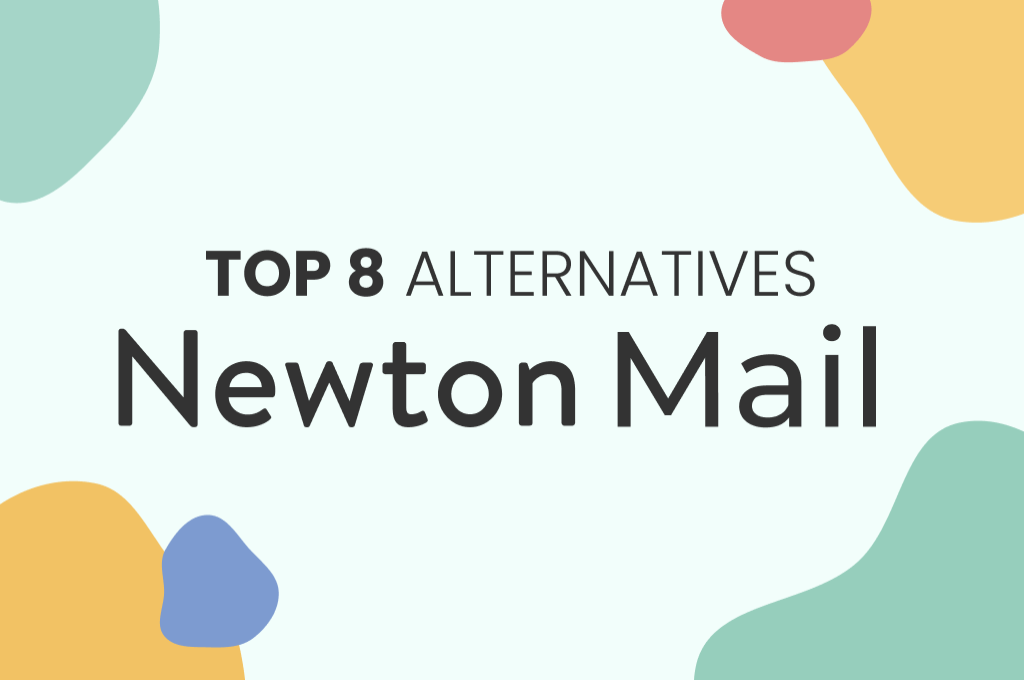 There are plenty of powerful and inexpensive alternatives to Newton Mail currently on the market, starting with Mailbutler. Read more here. 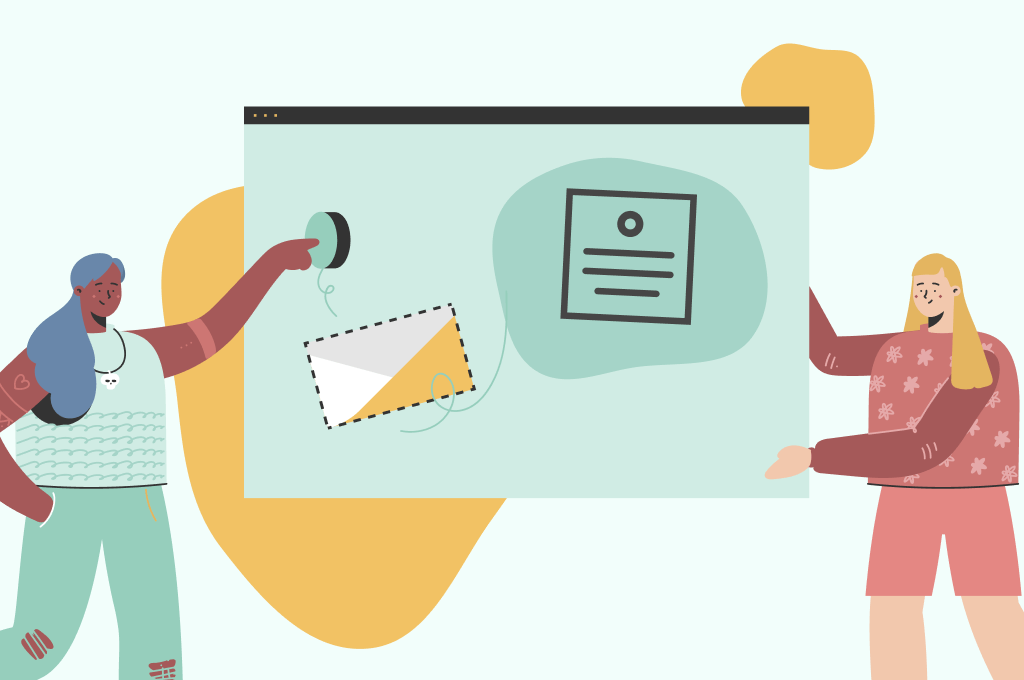 11 creative ways to turn your emails into notes

Turning emails into notes doesn't have to be difficult - as we'll see, there are many ways of doing it, including by using Mailbutler. 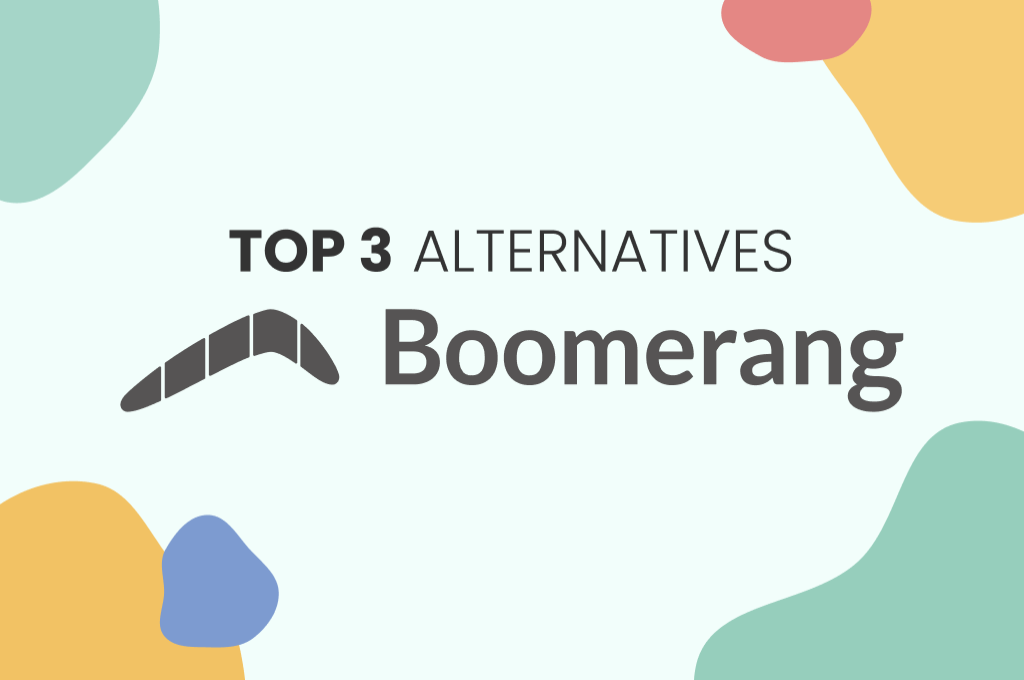 There are plenty of affordable alternatives to Boomerang for Gmail that pack a powerful punch. Read on to find out what the 3 best are.